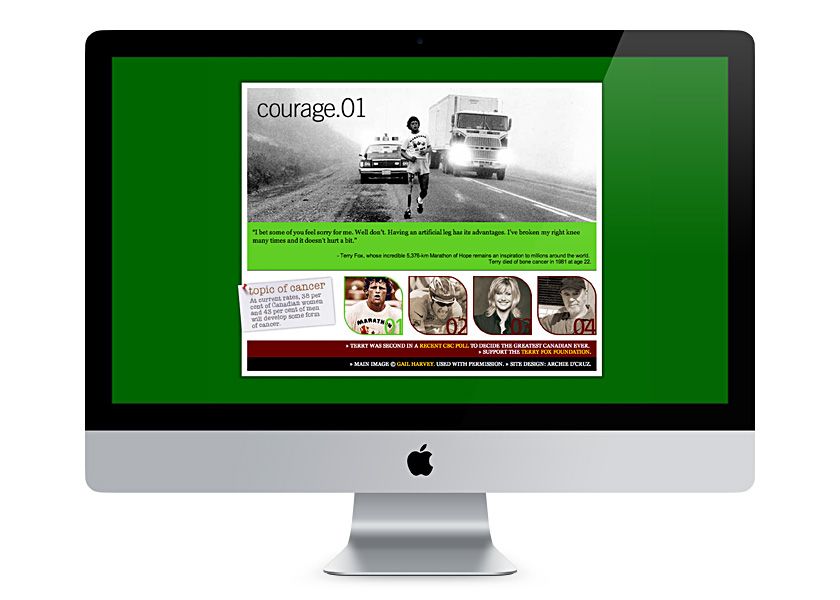 Softpress, the makers of Freeway Pro, decided to hold a contest for users of its Apple Mac-based website building software. The contest rules were simple: Build a four-page website based on a single word theme, using their software.

We picked the word "Courage", an inspirational site dedicated to everyone battling cancer. The four pages featured quotes from well-known names who had fought cancer, including Canadian icon Terry Fox. Award-winning filmmaker Gail Harvey, who shot the famous photograph of Fox running along a highway during his 5,376-km Marathon of Hope, graciously gave permission to use the picture on the site.

Also featured on the site were quotes from Lance Armstrong, Olivia Newton-John and George Carlin, as well as one interesting statistic on every page, titled "Topic of Cancer".

"Courage" shared the top prize from amongst thousands of entries in the international contest. 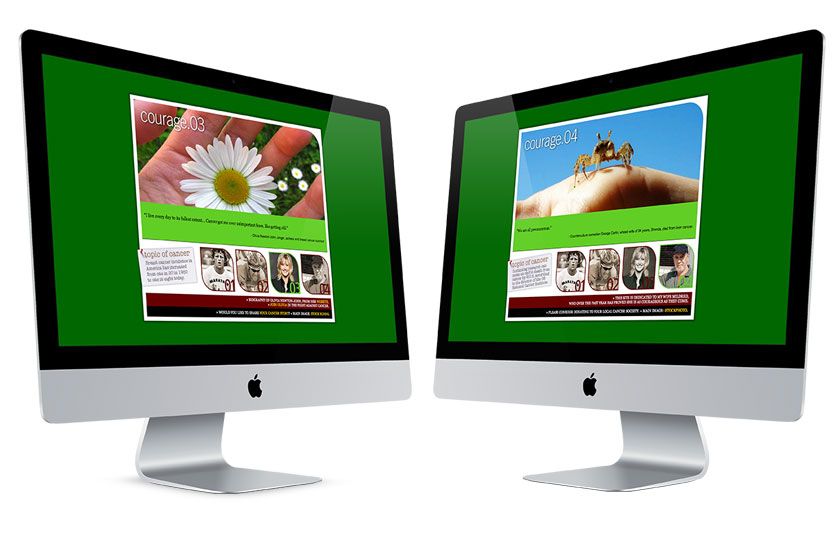